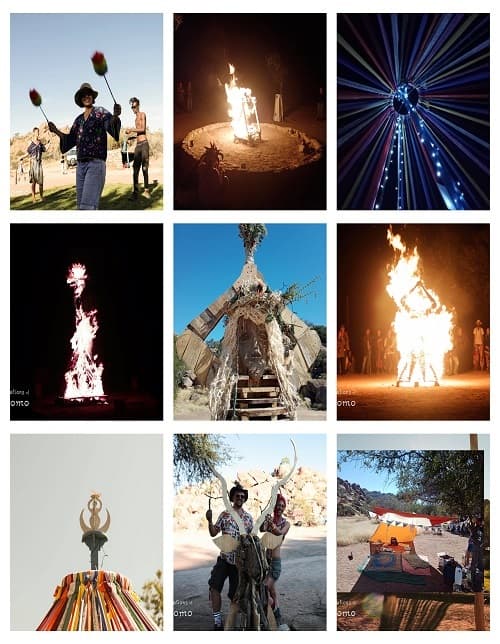 The Namibian Burn, 'NamBurn' or 'Burning Nam' as it is affectionately called is a Burning Man-inspired gathering of our Burner tribe in Namibia.

We follow the Burning Man Principles, which were crafted not as a dictate of how people should behave and act, but as a reflection of our global Burn community's ethos, spirit and culture.

Our Burner spirit, ethos and culture is reflected through the Principles, in our involvement in uplifting and supporting our fellow Burners and local communities, and how we as Burners approached and live our 'default-world' lifes.

The Community comes first as they are the heart and soul of the 'Burn'.

Respect yourself, respect the diversity in your fellow humans, respect the gift of labour, respect Nature and this Earth we live on.

('Burning Nam' as it is affectionately called)

On Request: Under 18 Burn fee available for parents and legal guardians on request.

Watch this space and the Namibian Burners Facebook page for details.

All art pieces must be built on a standard size pallet or on a comparable size base.

Pallet Size: roughly 1.2 m x 1.2 m or smaller. It should be no larger than a standard size pallet.

The pieces will have to be lifted using 2 strong poles slid through the pallet then lifted onto the burn-pit. Similar to a forklift, but using poles instead.

Art Height Maximum: Up to 8 feet (2 m) tall. It can be smaller though.

Materials: These small art pieces are to be made out of wood or safe burnable materials that do not create lots of sparks. Pallet wood works perfect.

Weight: since the piece & pallet will be picked up using poles, we ask that you be mindful about how heavy your piece is.

All projects must be on site by 16H00 on second afternoon. The community would love to have the time to see and appreciate your art.

There is no limit to how many projects we can burn, so BRING ON your burning creations!!

Radical Self-Reliance.
Bring your hand-sanitizer, mask and disinfecting hand-soap . Own tent, equipment, food and drinks for 4 days. Your own medical kit. You are a Burner, be radical self-reliant.
Leave No Trace.
This is a 'leave-no-trace' event. Clean-up after yourself. Whatever you bring, you take home, including your garbage and lover.
Theme Camps.
Want to bring a theme camp?.
Theme Camps:

-
Space, place and our support is there for you - Radical Self-reliance is a Principle ....Speak to us.

Site Lay-out: TBA
-
Vehicles | Private Areas.
Arrive and park it till you leave. This is private land: Respect the private off-limit areas.
There is limited electricity on site.
Bring head-lamps, solar-lamps, gas-stove. Sound camp will have electricity.
Drinking water, Toilets, Ice
There is enough drinking water, but bring your own toilet-paper. Wood & Ice for sale.
Survival Guide.
Busy finailizing the Survival Guide. Watch this space. 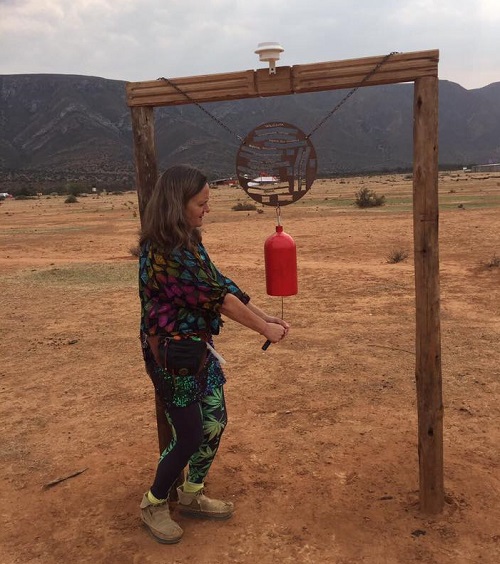 Crafted from steel and moulded by the Principles calling Burners back home. 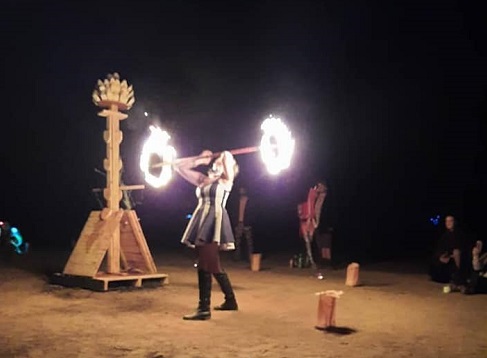 The Art of Fire

Combining the arts of creation, fire and music... Burning. 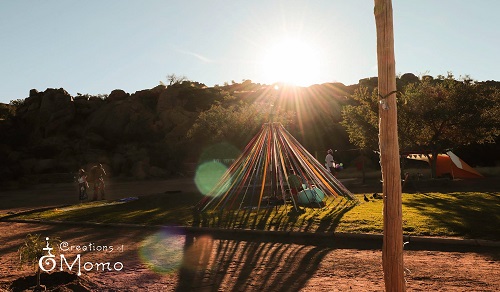 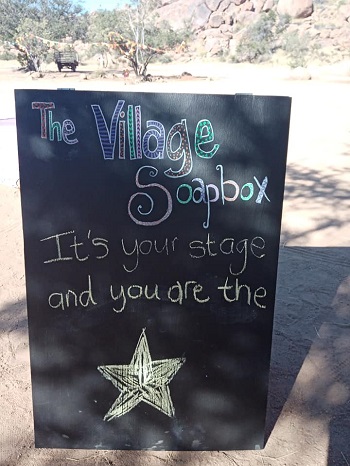 You ARE the Star

You create and paint the Burn canvas.

The art of sound is the heart-beat of a Burn 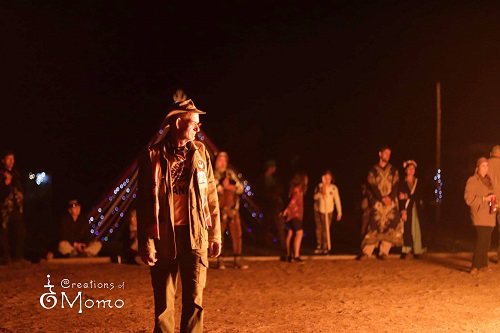 The art of Burning 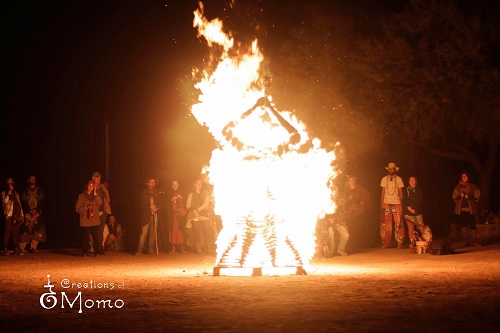 For You are the Burn.

The spirit, ethos and culture.

Respect
Respect for yourself, respect for the diversity in our fellow humans, respect the gift of labour, respect for nature and this earth. Respect is not a given, it is earned through your actions.
Radical Self-reliance
Our Burn community encourages the individual to discover, exercise and rely on his or her inner, and own resources in being radical self-reliant. We volunteer our knowledge and skills in service of our global Burn community.
Decommodification
In order to preserve the spirit of selfless gifting, our community seeks to create social environments that are unmediated by commercial sponsorships, transactions, or advertising. We stand ready to protect our culture from such exploitation. We resist the substitution of consumption for participatory experience or monetizing this experience.
Civic Responsibility
The Burn community value civil society. Community members who organize events should assume responsibility for public welfare and endeavour to communicate civic responsibilities to participants. They must also assume responsibility for conducting events in accordance with local and state laws.
Immediacy
Immediate experience is, in many ways, the most important touchstone of value in our culture. We seek to overcome barriers that stand between us and a recognition of our inner selves, the reality of those around us, participation in society, and contact with a natural world exceeding human powers. No idea can substitute for this experience.
Communal Effort
Our community values creative cooperation and collaboration. We strive to produce, promote and protect social networks, public spaces, works of art, and methods of communication that support such interaction.
Radical Inclusion
Any-one may be a part of our Burn. We welcome and respect the stranger. No prerequisites exist for participation in our community. We ask only, respect our Burner ethos and Principles.
Gifting
The Burn community are devoted to acts of responsible gift giving. The value of a gift is unconditional. Gifting does not contemplate a return or an exchange for something of equal value.
Leaving No Trace
Our community respects the environment. We are committed to leaving no physical trace of our activities wherever we gather. We clean up after ourselves and endeavour, whenever possible, to leave such places in a better state than when we found them.
Radical Self-expression
Radical self-expression arises from the unique gifts of the individual. No one other than the individual or a collaborating group can determine its content. It is offered as a gift to others. In this spirit, the giver should respect the rights and liberties of the recipient.
Participation
Our community is committed to a radically participatory ethic. We believe that transformative change, whether in the individual or in society, can occur only through the medium of deeply personal participation of volunteering. We achieve through being a do-ocracy. Everyone is invited to work. Everyone is invited to play. We make the world real through actions that open the heart.
The First Namibian Burn
The dream to bring a Burning Man-inspired gathering based on the 10 Principles to Namibia started in 2014, while some Rangers from Namibia was on a decompressing walk-about after the Afrikaburn event.

A Namibian Burner Facebook page was created in 2016, combined with Burner-Bar events in Swakopmund and Windhoek to test interest.
It seemed that the Namibian Burn community was maybe still too small, not ready? The dream of a Namibian Burn had to be replanned.

In 2017, a small team consisting of Rangers from Namibia was formed to develop this dream and come up with a plan. New ideas and concepts was developed and tested at other Southern African regional Burn events. At the same time, 'Rangers Without Borders' was founded, which offered support, knowledge and insight into smaller global Burner regional events.

Burner Bar evenings was again hold in Namibia 2018 and 2019 after the South African regional Burn events, with mostly international Rangers and a few local Burners attending. And it must be said; there was tremendous support from our International Burners in supporting in getting a Namibian Burn going.

2019 seen the first Ranger training in Windhoek. With that, a Burn was born to take place in 2020.

And here we are 2021. The first Namibian Burn. A Burners Burn by your friendly Burn Rangers.

The 'Namibian Burn' is an pure non-profit civic responsible volunteer based entity open to all individuals who show an involvement in and a commitment to the ethos, spirit and Principles of Burning Man as embraced by 'NamBurn', or as it is locally called 'Burning Nam'.

We do not discriminate against participation in our global Burn culture, on the basis of race, religion, national origin, ancestry, citizenship, sex, gender, sexual orientation, age or disability.